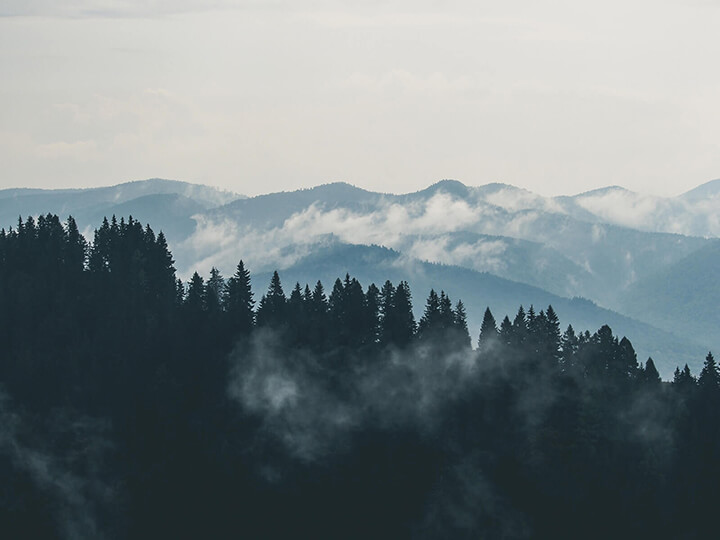 At 1,952 km above sea-level you can find the highest point in Cyprus. Here the chilliness and clarity in the air coming from hundreds year old Pine and Cypress forests is soul and body revitalizing.

In other words this is mount Olympus, the highest peak of Troodos mountains situated in Limassol district extending to Paphos and Nicosia borders. That’s how long the whole range is!

Besides the natural treasure of the area, there is the legacy of the Byzantine time that show the religious culture that played major part and still does among Cypriot people. The number of Byzantine churches and monasteries such as the 11th century Kykkos Monastery are now World Heritage sites by Unesco.

So in general, it is a must a visit. But how can it be combined with a great day ride on a bike?
Well, with many ways but for now you can read how it is possible to reach the peak and what to notice.

A morning start is always a good idea. It is October season, one of our favourite months for motorcycle traveling. At this time of the year the weather starts to be confusing. For example, at Paphos hourbour, the moment this blog is written the temperature is about 29 degrees sunny with some clouds whilst in Troodos the temperature is as low as 17 degrees Celsius partly sunny and with rain expectations shortly!

This temperature sounds not so low but the difference between day and afternoon and location makes it more intense. Waterproof jackets and good tires, checked ✔

Starting from Kato Paphos shop straight to B6 road (we prefer to avoid A roads as it means highways) and will be looking for the F616 exit about 16 km away.

The F616 road is an experience itself. Within this 54 km of driving upwards you can witness almost every bit about Cyprus. Mountainous landscapes, golden wheat fields in the hot season and most of all authentic small Cypriot villages. Pass through Nikokleia, Souskiou, the graphical Kidasi and all the way up to Pano Platres.

When F616 comes to an end the F825 will take turn. Following this road you can do a stop at Pano Platres (pano means higher in Greek) to rest, eat after having a strong Cyprus coffee to continue further up. This wonderful village is arranged into the trees has many points of interest as well.  Milomeris Waterfalls is apparently very popular there but it takes some time to find it on foot.

Continuing driving, road B8 which leads directly to the centre square of Troodos will be encountered. Then going through E910 and F935 right after mount Olympus is reached.

And here it is that’s how you can get at this point. Locals say that when the sky is clear without clouds and humidity you can even see the silhouette of a neighbour country.

This is a trip that any driver will witness the wonder of the surrounding nature, deeply routed culture and it is difficult to believe that within just an hour and few minutes there can be such a complete change of sceneries.

As to the riding experience, you built endurance definitely. It is mostly mentally demanding as 100% concentration is needed to avoid hazardous situations such as goat jamming and to keep control at the demanding turns and steep roller-coasting roads.

NextGuide: How is traveling to Cyprus at different times of the year.Next

Have a question? Feel free to ask.

This website uses cookies to improve your experience while you navigate through the website. Out of these cookies, the cookies that are categorized as necessary are stored on your browser as they are essential for the working of basic functionalities of the website. We also use third-party cookies that help us analyze and understand how you use this website. These cookies will be stored in your browser only with your consent. You also have the option to opt-out of these cookies. But opting out of some of these cookies may have an effect on your browsing experience.
Necessary Always Enabled
Necessary cookies are absolutely essential for the website to function properly. This category only includes cookies that ensures basic functionalities and security features of the website. These cookies do not store any personal information.
Functional
Functional cookies help to perform certain functionalities like sharing the content of the website on social media platforms, collect feedbacks, and other third-party features.
Performance
Performance cookies are used to understand and analyze the key performance indexes of the website which helps in delivering a better user experience for the visitors.
Analytics
Analytical cookies are used to understand how visitors interact with the website. These cookies help provide information on metrics the number of visitors, bounce rate, traffic source, etc.
Advertisement
Advertisement cookies are used to provide visitors with relevant ads and marketing campaigns. These cookies track visitors across websites and collect information to provide customized ads.
Others
Other uncategorized cookies are those that are being analyzed and have not been classified into a category as yet.
SAVE & ACCEPT
Powered by